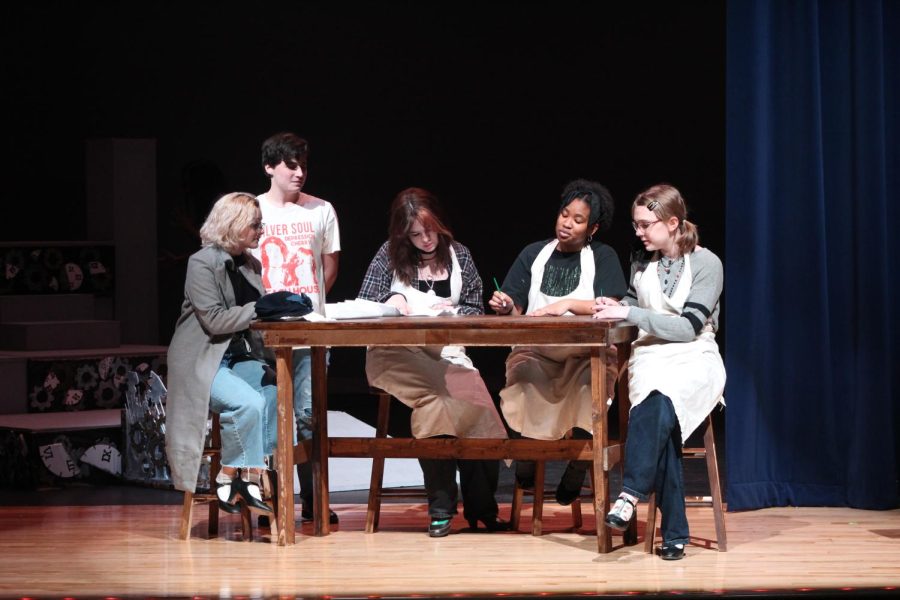 Veterans Memorial High School Theater will compete in Springs, Texas, on March 1 against three other schools to advance to the District One-Act Play contest, which will take place here at VMHS on Saturday, March 5, with six schools participating in the state-wide competition composed of 40-minute plays from larger productions.

These Shining Lives by Melanie Marnich is the feature one-act for 2022. It is an excerpt from a larger production of the true story of four women who worked in the Radium Dial Company, a watch factory located in Ottawa, Illinois. These women painted clocks with glowing paint to see the time at night. The paint was said to be nontoxic, but the women were later diagnosed with cancer since they would also use the paint on their faces. They sued the company and went as far as the Supreme Court to plead their case.

The VMHS audition process is always open-calls. Students can read the play beforehand and, once the auditions happen, they run the scenes with different people for the director to choose who plays what parts, said Vanessa White, the lead theater director at VMHS. She said she looks for actors with a clear speaking voice, physical presence, and strong characterization skills, amongst other qualities. White explains that auditioning is a stressful process. “Most don’t understand what a one-act play is,” she said.

The 10th grader cast in the daughter’s role, Sydney Reed Kelly, said the auditions were “scary and nerve-racking;” however, there are positives. “Making new friends, as well as making memories,” she said.

White also faced the COVID 19 challenges and the new omicron variant. “We want our cast and crew to remain healthy,” she said.

White said her favorite thing about directing is “being able to help students create art, finding their voice in art, and watching the story come to life through young voices.” 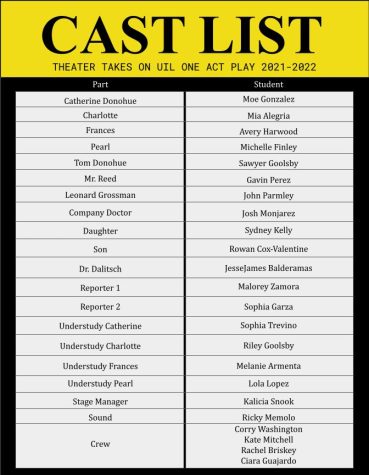