Science is more than a required credit, it is out of this world. 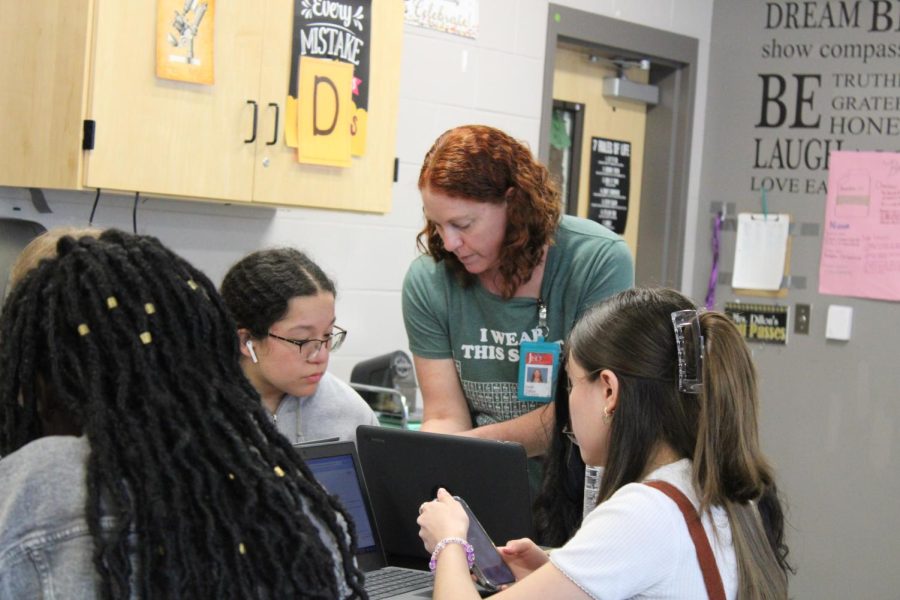 If you’re looking, dark matter is a component of the universe whose presence is discerned from its gravitational attraction rather than its luminosity. It is something unexplainable, scientists may know what it does but they do not understand what it really is.

According to the article “Dark Matter, Unexplained” by Brian Resnick from Vox, an American news and opinion website owned by Vox Media, scientists believe there is five times more dark matter in the universe than ordinary matter. However, in the search for dark matter, the detectors built to find this anomaly have been silent for years. Scientists have wondered if maybe they are chasing nothing or if the understanding of the universe is way off; even the knowledge of gravity might be off. Many physicists consider that gravity is a consequence of mass, which means the more mass in an area, the stronger the gravitational pull. According to Newton’s equation, the stars in galaxies move the same way the planets move in the solar system. Mercury, the closest planet to the sun, orbits the sun quickly propelled by the sun’s gravitational pull. The farthest planet, Neptune, moves around the sun much slower.

In the article “Vera Rubin and Dark Matter,” by the American Museum of Natural Science, Vera Rubin, an American astronomer and researcher at the Carnegie Institution in Washington, thought that stars located near the dense, gravity-rich centers of galaxies would move faster than the stars along the edges. However, through the Hubble Space Telescope, located about 340 miles above Earth’s surface, Vera noticed stars on the outer edge of a galaxy were moving at the same speed as those at the center. The big question was asked, how could a galaxy be moving at that speed without ripping apart? There had to be extra gravity for these stars to travel at an equal pace. What was the source of matter for the additional gravity?

“​Dark matter accounts for how all the galaxies move away from each other and how the universe is expanding. It does not directly affect us on Earth but is a part of everything around us,” Sarah Dillion said, a VMHS science teacher. “Dark matter, scientists believe, affects these galaxies and is called “dark” since it does not reflect or emit light nor any electromagnetic radiation. Even with the most powerful telescopes, scientists can not see it because the equipment is made of normal matter. In fact, we would not be able to touch it; it would go right through us.”

As new technology develops, we will get more opportunities to unravel the mystery. According to the NASA Science department fact sheet, the James Webb Telescope will help us break many barriers. While it may not tell us what it is precisely, it may allow us to see galaxies farther in deep space. The Webb telescope is located 930,000 miles beyond Earth’s orbit and takes detailed images of deep space.  This enables researchers to observe disturbances caused by gravitational lensing. Lensing is when beams of light pass a large mass and is slightly deflected as it is curved by the mass.  This curve points scientists to where the invisible mass may be.

The study of science led to this discovery.  What will our young scientists contribute to the world of STEM in the future?